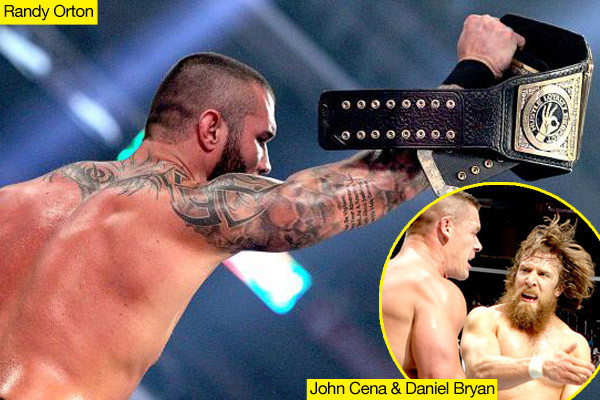 WWE Summer Slam 2013 Result? See the full list of winners and losers from the big event.

Daniel Bryan reached a career high August. 19 during WWE Summer Slam 2013, but he just as quickly as he achieved success, his new title was snatched out from under him. After beating WWE Champion John Cena & receiving the title, Daniel’s dreams were crushed by a crafty Randy Orton – he cashed in his Money In The Bank contract after The Game decided to pedigree Daniel — and ended up leaving the ring belt-less.

The Daniel was more than willing to fight Randy orton — in fact, he practically demanded that they face each other — but in the end, Randy orton  was able to procure the title without breaking a sweat.