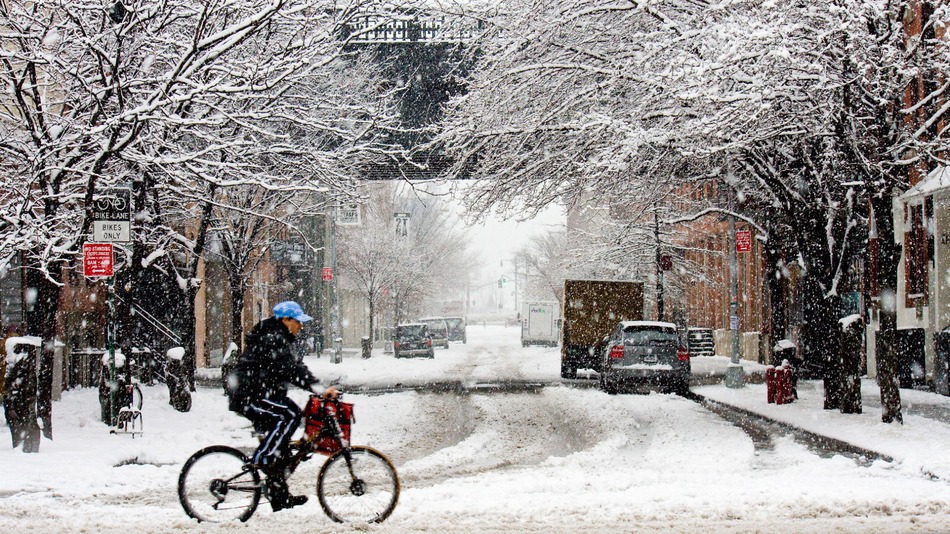 Arctic weather from Canada has started seeping into United States over the past 24 hours, trickling over the Great Lakes and slowly pushing toward both coasts in what meteorologists are calling a “polar vortex.”

States across the country are expected to experience their chilliest temperatures in 20 years, many of which will be below zero. The middle of the country is likely to get hit the hardest, though the polar front will set record lows well beyond that region.

Snow will be scattered throughout the U.S., but that’s not the concern here. The problem is the cold.

Minnesota Governor Mark Dayton canceled school due to the weather, and wind chill in South Dakota is expected to hit -50 degrees Fahrenheit. Temperatures that cold, even just wind chill, can cause frost bite to exposed skin in less than five minutes. Chicago has set up centers around the city where residents can stop in to warm up if the cold gets to be too much.

Cities from Boston to Washington, D.C. are expecting temperatures in the single digits or below as early as Monday, and the South is not safe, either. Atlanta will likely see 20-degree Fahrenheit weather though its average temperature this time of year hovers around 30 degrees warmer, and Nashville, Tenn., will get hit by temperatures hovering close to zero.

The record-setting weather should continue through Tuesday, after which the nation is supposed to get a little warmer.