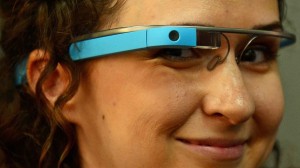 Google Glass owners got a surprise on Tuesday when Google revealed its iOS version of MyGlass a bit too early.

The company subsequently removed the app from Apple’s App Store, but later unveiled a new round of Glass updates (along with an explanation regarding the app store mishap). Included was a controversial feature that allows users to wink to snap a photo.

The wink to snap a photo feature was previously enabled via an app called Winky. It led critics of the device to wonder if the tool was intended to take surreptitious photos of people in public spaces.

Privacy concerns surrounding the device have been so widespread that Congress sent the company a letter earlier this year specifically addressing the device and its use.

Google doesn’t appear to be worried about the winking feature being viewed negatively by the general public. In a message accompanying the update, the Glass team wrote:

We’re starting with pictures, but just think about what else is possible. Imagine a day where you’re riding in the back of a cab and you just wink at the meter to pay. You wink at a pair of shoes in a shop window and your size is shipped to your door. You wink at a cookbook recipe and the instructions appear right in front of you –- hands-free, no mess, no fuss. Pretty cool, right?

Aside from the winking function, the Glass update includes a new Lock Screen feature, requiring a specific set of taps and swipes to enable the device, the ability to get Hangouts messages on the device and easy uploading of videos recorded on Glass to YouTube.