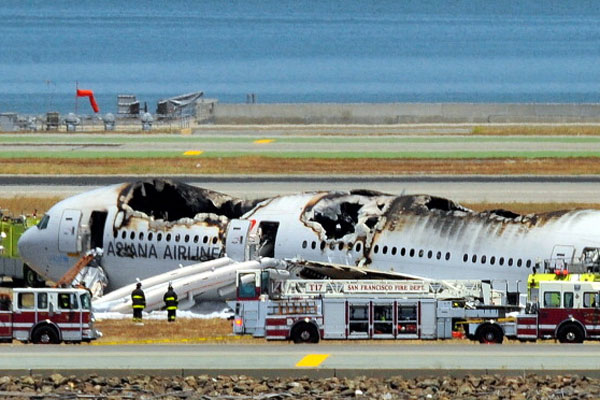 More than 300 people were on Asiana Airlines Flight 214, from South Korea’s capital, Seoul. Passengers and crew escaped down emergency slides as the plane burst into flames.

There were 291 passengers and 16 crew on board, Asiana said.

On board Nationalities included 141 Chinese, 77 South Koreans and 61 US citizens, the airline said.

Asiana’s officials has confirmed 2 female Chinese teenagers have died in the crash.These two Chinese teens had been seated at the back of the aircraft, Asiana’s statement.

“Currently we understand that there were no engine or mechanical problems,” Asiana chief executive Yoon Young-Doo told a news conference in Seoul.

Early indications suggest the plane hit the seawall at the airport.

181 people were taken to hospital with minor injuries.

Flights  have been suspended since the incident.

Boeing 777 has a good safety record and is used by many major carriers.

Sun Jul 7 , 2013
Silver penny minted to mark royal birth There’s a treat in store for anyone in Britain whose baby arrives on the same day that Prince William and his wife, Catherine, deliver a royal bady. From the Royal Mint a gift of a coin given to celebrate the birth. The silver penny will […]